What are Human Rights and what do they mean today?

Do you ever find yourself thinking things like: “How great is it that no one has been holding me a slave these past days?” or “I am so grateful I can walk around this planet as much as it pleases me?” No? I didn’t think so.

Human Rights have become a given concept to most of us today. We don’t even question their meaning, their importance to us or how they have profoundly shaped our existence. However, it’s important to acknowledge their existence and also question their limits.

But what exactly are human rights? Let’s dig into it.

Nowadays, when we talk about human rights, we refer to the well-known Universal Declaration of Human Rights (UDHM), which was a result of the experience of the Second World War.

The Universal Declaration of Human Rights is a milestone document in the history of human rights. Drafted by representatives with different legal and cultural backgrounds from all regions of the world, the Declaration was proclaimed by the United Nations General Assembly in Paris on 10 December 1948 (General Assembly resolution 217 A) as a common standard of achievements for all peoples and all nations. It sets out, for the first time, fundamental human rights to be universally protected and it has been translated into over 500 languages. The UDHR urges member nations to promote a number of humans, civil, economic and social rights, asserting these rights are part of the “foundation of freedom, justice, and peace in the world”.

Currently, the United Nations is the organization who is in charge of taking action on the issues confronting humanity in the 21st century. Such issues are: peace and security, climate change, sustainable development, human rights, disarmament, terrorism, humanitarian and health emergencies, gender equality, governance, food production, and more. The United Nations is an international organization founded in 1945. It is currently made up of 193 member states. The mission and work of the United Nations are guided by the purposes and principles contained in its founding Charter.

Which are the challenges Human Rights are facing today?

Advocates across the world invoke the idea that such rights belong to all people, no matter who or where they are. But since humans can only realize their rights in particular places, human rights are both always and never universal. This suggests that human rights are not at all universal, and indeed conflict with some cultures and threaten their survival.

Rights which are most often contested with relativistic arguments are the rights of women. For example, Female genital mutilation occurs in different cultures in Africa, Asia and South America.

It is not mandated by any religion, but has become a tradition in many cultures. Nonetheless, female genital mutilation is considered a violation of women’s and girls’ rights by much of the international community. Therefore, it is outlawed in some countries.

Get active for Women Rights 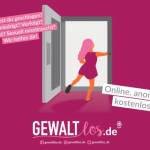 Gewaltlos.de is looking for women who want to volunteer and engage in online consultations with other women and girls, who have experienced abuse.  Click and find out more!

Another argument which can be moved is the so-called “birth lottery”. By ‘birth is a lottery’ we mean that how, when and where you are born, grow up and live. These factors are so profoundly and widely unequal and that these inequalities will shape your whole life. How can human rights be universal, when there are still people living under dictatorships? When the simple owning a certain passport allows you more freedom of movement than other passports do?

A broader question could also be raised: what exactly is the definition of a human being and how does it apply to our modern-day complex society? The bare definition of “human being” might not work anymore in our society.

In this society, we are so strongly defined by our status, nationality, religion. Moreover,national laws and cultures often interfere with those rights, to which we should be simply entitled as human beings.

The Freedom of Movement is the right of individuals to travel from place to place within the territory of a country. Additionally, it is the right to leave the country and return to it. The freedom of movement includes not only visiting places, but changing the place where the individual resides or works.

In fact, this right can be strongly undermined by national governments’ internal laws, our own citizenship, our status (for example: being under investigation or being convicted), visa conditions on non-citizens that might restrict their movement and more.

Additionally, if we do not own a valid identity card or passport, we lose our right to movement.

Get active for Human Rights 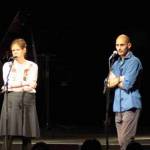 Actors for Human Rights Germany is an artistic project for story-telling about Human Rights. They want to narrate about people who transcended borders, found allies, never accepted a „no“ as an answer and continued to fight under hopeless circumstances. Click and find out more!

Another dilemma we face in the 21st century is: what happens to Freedom of Speech when it comes to hate-speech? Free speech is a crucial fundamental right essential in a democratic society. Digital platforms have given everyone the right to freely express her or his own opinion on a much larger scale. To a large extent, social media companies police what is and is not acceptable to post on their platforms. Twitter, Facebook and YouTube have global user policies on hate speech and remove comments judged to be in breach of these policies. In cases of repeated or extreme abuse, social media providers typically suspend or close user accounts. However, we all know that these policies are not always effective, dangerous and hateful content may be found on these platforms on a daily-base.

Get active for LGBITQ* Rights

Last but not least, let’s not forget about the struggles that the LGBITQ* community is constantly facing, if you want to learn more about this topic, then Queeramnesty Berlin is the place for you. Click and find out more!

Much more could be argued, researches and studies regarding this topic are in constant development. If you want to learn more, the variety of content available online won’t let you down!

Human Rights in our history

The concept of Human Rights goes far back in our history. Some historians refer to the Cyrus Cylinder as the first human rights document. The document was issued by Cyrus The Great after his conquest of the Neo-Babylonian empire in the 6th Century BC. It states some principles such as freedom of opinion and freedom to religion.  Other historians connect the first idea of Human Rights to the first Polis of ancient Greek, where every citizen had the right to speak and vote in general assembly.

What happened afterwards to Human Rights?

Later on, the Constitution of Medina was drawn up on behalf of the Islamic Prophet Mohammad in 622 AD. Historians generally agreed that Mohammed was the first prophet to preach against the evil he saw in society.

Women particularly benefited from this document. Finally, Marriage was no longer seen as status, but rather a contract, in which the woman’s consent was essential. Additionally, women were given the right to inheritance and female infanticide was finally prohibited. Moreover, this constitution finally set equal rights between Muslim and Non-Muslims groups and the freedom to freely practice one’s religion.

The right to equal and fair trial is one of the most important legacy left by the Magna Carta. It was originally issued in 1215 and later on influenced many constitutional documents, such as the United State Constitution in 1789 and the English Bill of Rights in 1689, which also asserted the freedom from cruel and unusual punishment.

The right to equal and fair trial is one of the most important legacy left by the Magna Carta. It was originally issued in 1215 and later on influenced many constitutional documents, such as the United State Constitution in 1789 and the English Bill of Rights in 1689, which also asserted the freedom from cruel and unusual punishment.

The Declaration of the Rights of Men and Citizen

Another very fundamental step in the history of human rights was the Declaration of the Rights of Man and Citizen, drawn up by the French revolutionaries in August 1789. French revolutionaries were strongly influenced by the Enlightenment movement and its belief that reason should guide all human affairs. The concept of natural law became more prominent during those years. This is the idea that certain rights are inherent by virtue of human nature, endowed by nature and that these can be understood universally through human reason.

Many groups and movements have managed to achieve profound social changes over the course of the 20th century in the name of human rights. In Western Europe and North America, labour unions brought about laws granting workers the right to strike, establishing minimum work conditions and forbidding or regulating child labour. Furthermore, the women’s rights movement succeeded in gaining for many women the right to vote. Lastly, one of the most influential movements was Mahatma Gandhi‘s movement to free his native India from British rule.

Now that you have a general idea of what human rights are about, here are a few projects if you are looking to get involved and active in your area and always learn more!

Find out more about our projects!


Flavia Rizzato is a member of the Communication Team at GoVolunteer. She holds a Bachelor degree in Foreign Languages and Literature, focusing on Russian and Portuguese languages. After many years of wandering around, she finally settled in Berlin, where she enrolled in the Masters Program “Intercultural Conflict Management” at Alice Salomon Hochschule.